Founded by Kier Eagan in 1865,[2] Lumon Industries is the world’s leading biotechnology company. Lumon’s first product, a topical salve, was developed in 1866. Every leader of the company since its founding has been a member of the Eagan family.

It is hinted that Lumon is a very large and powerful company, having over a hundred thousand employees and numerous offices all over the world.[3] From their humble beginnings as a salve company, Lumon grew into medical technoloy and other spheres of the tech space. While it is influential across its corporate reach, its headquarters in Kier, PE do the most cutting edge work.

Lumon Industries had humble beginnings, and its original logo of a flask, spoon, and drop of fluid reflects its original mandate. This logo is featured on a signet ring worn by current Lumon CEO, Jame Eagan, and it can be assumed would pass to his daughter Helena upon his Revolving.

The culture at Lumon is dominated by the philosophy and writings of its founder. The company encourages its employees to revere Kier Eagan’s works and follow his principles closely. It is commonplace to quote Kier Eagan as a form of response in conversation. 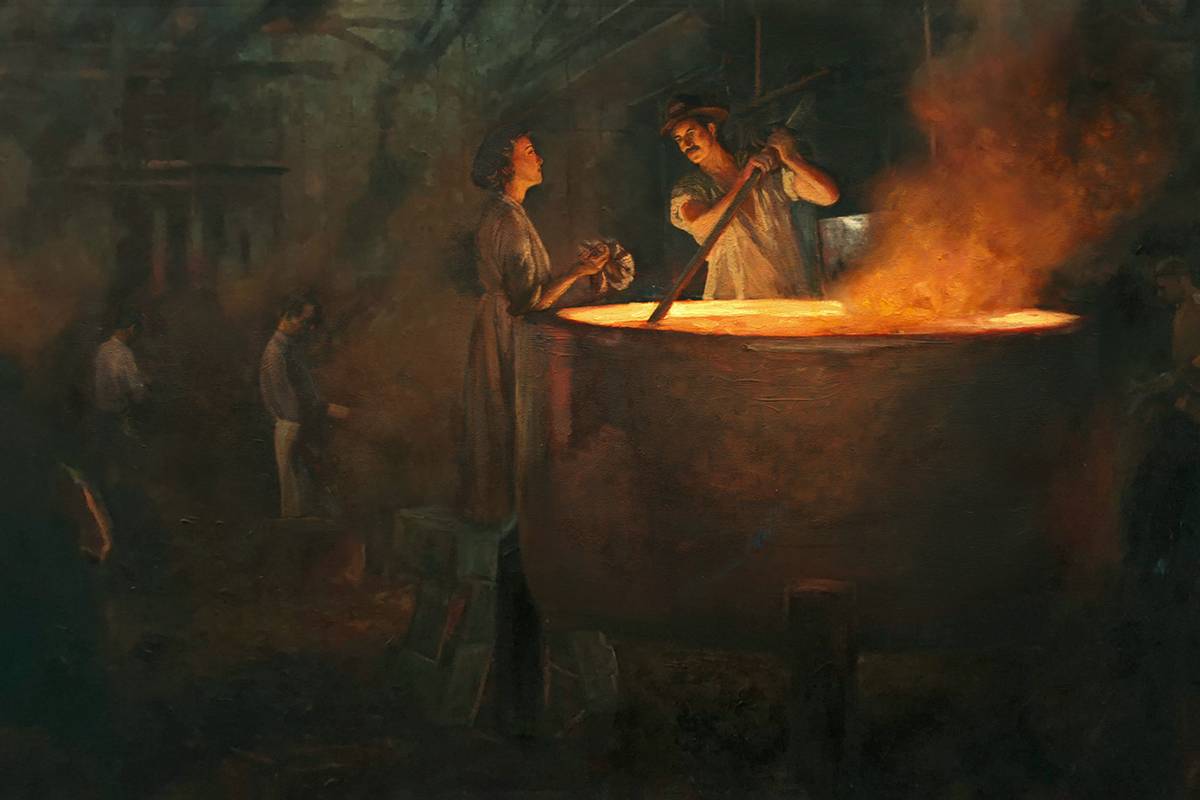 The Courtship of Kier and Imogene[4]

In addition to the written materials, the office spaces at Lumon are decorated primarily with oil paintings depicting scenes from the life of its founder. The collection of paintings is vast and is carefully guarded and maintained by the department of Optics and Design, which is located on the Severed Floor. Paintings are rotated throughout the building,[5] giving employees the opportunity to see a variety of images since their movements are monitored and constrained. 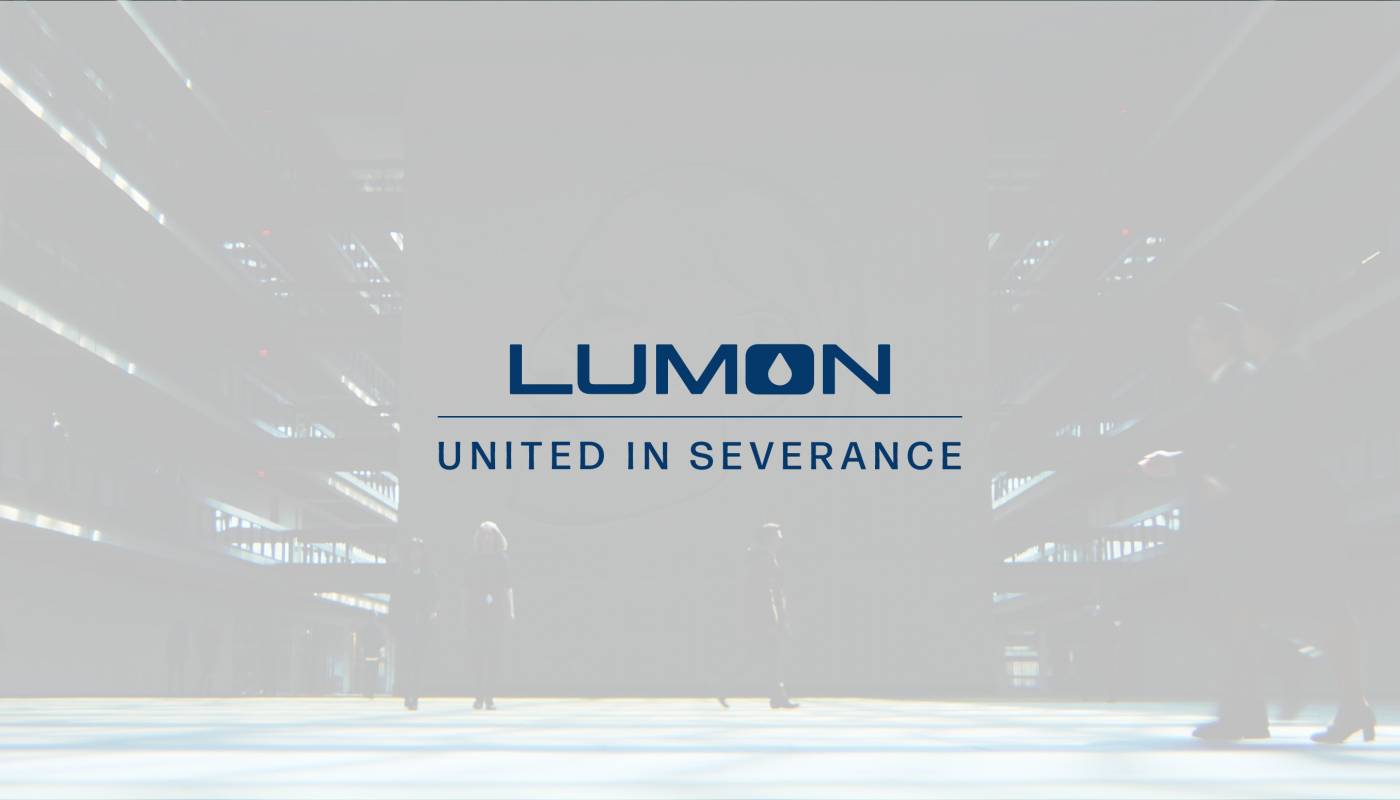 There are nine Core Principles, intended to unite the company’s workforce. They are:

According to the copy of the handbook smuggled out by a former employee included in Severance: The Lexington Letter, the principles are meant to overlap and intertwine, emphasizing good social skills to promote the idea that the company is a family.

Lumon Industries has an official LinkedIn page, where advertisements, announcements, and statements are posted.[6] Among the published material are ID badges of Macrodata Refinement employees and a series of videos titled “Tour Lumon with Dylan G,” providing a closer look at “the inner workings of the mysterious company.”[7] Lumon’s LinkedIn also warns people not to download The Lexington Letter, stating that they do not “support or confirm its contents.”[8]

It should also be noted that this is the first and only time LinkedIn has allowed a fictional company page.[9] 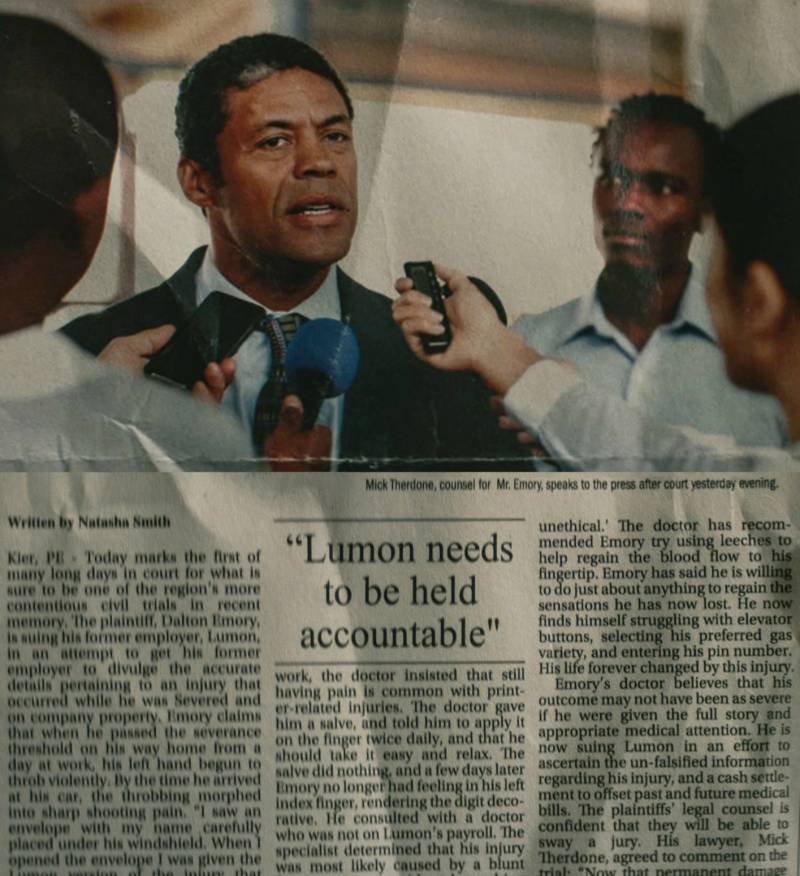 Outside the company walls, the power and practices of Lumon Industries are politically controversial. Activists and journalists attempt to expose the truth about the Severance procedure, as it is suggested that the Severance implant might gain wide use elsewhere in society, possibly against the will of the people.