Severance: The Lexington Letter, or simply The Lexington Letter, is a free companion book by the creators of Severance. The narrative it contains is not concurrent in time or setting with the series; however, it fleshes out the world through the perspective of a person attempting to escape from and expose Lumon Industries. It is considered canonical.

The book presents an email exchange between a woman named Peg Kincaid and a reporter for The Topeka Star newspaper named Daria Thorne. 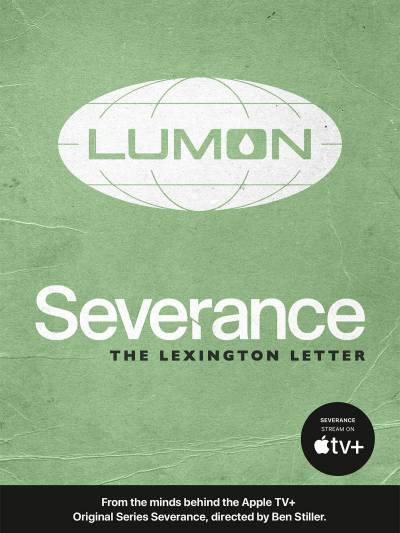 Margaret “Peg” Kincaid has composed a long and detailed account of her time as an employee of Lumon Industries working as a Macrodata Refiner on the Severed Floor of the Topeka, Kansas branch of the company. In this account, she describes her decision to undergo the Severance Procedure, her curiosity about her Innie, and how she ultimately devised a method of communicating with her severed self inside of Lumon via coded writing she calls “Puglish.”

She reveals that she believes the work she is doing is being used for nefarious ends by the company, after making connections between some tragic news on the outside world and the nature of the file that her Innie was working on.

Innie Peg, also known as Peggy K., manages to smuggle out a training booklet on a day that the elevator’s Code Detector was disabled for maintenance. Peg quits the job and goes into hiding. She shares the manual with the newspaper reporter in hopes that it will add credibility to her story. Ultimately, the newspaper’s editor, Jim Milchick, declines picking up the story, as he finds it absurd and believes Peg Kincaid is not a credible source. Not long afterward, Peg Kincaid is reported to have died.

The booklet is a publication by Lumon, subtitled “Instruction Handbook for Newly-Severed Employees.”

A cartoon mascot called Sevy is used throughout the book.

In the book, Macrodata Refinement is detailed in a multi-step process. It also includes workplace rules on dress, hygiene, fraternization, and communicating with one’s Outie. On the last page, the Core Principles of Lumon are listed and described.