Theories about The Board 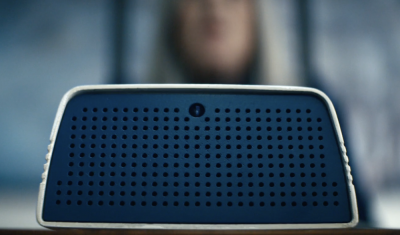 The Board consists of unknown persons who speak through Natalie by way of a headset. They are never physically present and monitor meetings by way of a speakerphone equipped with a camera. The first and only word spoken by the Board in Season 1 is “Yes,” in Episode 8, What’s for Dinner?, in response to Harmony Cobel's asking Natalie if the Board is even really listening. The voice is hoarse and male, not unlike that of Jame Eagan, but Jame has let himself be seen in public and generally the CEO of a company does not also serve on the board of said company.

THEORY A theory about the identity of the Board is, it is comprised of previous Lumon CEOs (all Eagans) after their retirement, or revolving, or faked death, or upload into a goat (don't go to Reddit). However, Lumon today seems to have more nefarious motives than the Lumon begun by Kier.

Considering the technology likely available at the time. it stands to reason that the Board could be comprised of Myrtle, Gerhardt, and Leonora Eagan; these three are the only CEOs whose tenure at Lumon ended before their death. As such, they could have been uploaded/transferred/revolved/whatever and given a spot on the Board. The other CEOs died while still running Lumon and thus did not have the same opportunity to join the Board.

One institution named after Myrtle Eagan,the first woman CEO, incidentally, is one which aggressively facilitates compliance and conformity: the Myrtle Eagan School for Girls. Myrtle served in the economically and politically volatile time of 1941 - 1955, and would have exerted enormous influence in her position during those years. It is easy to imagine such facts as equally important.

As lesser influences, Leonora Lake is named for Leonora Eagan; Baird also has a neighborhood named after him. Gerhardt has a restaurant named after himself (the first to be recognized by the Kier Star Association, a local version of Michelin star restaurant ratings), but he could still be a silent participant in Lumon's deviance from the milder form of self-control prescribed by Kier Eagan in his seminal work, Compliance.