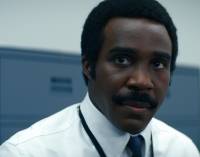 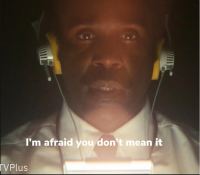 Could there be more than one Seth Milchick?

First posited on Reddit and embraced by some in the community maintaining this wiki, the idea that there may be more than one Milchick is appealing on a number of logistical levels as well as more Trammell Tillman = more awesome.

Seth Milchik's job duties, even if they were only confined to MDR, seem daunting for any one person to achieve. He checks in on his departments when he sees anything untoward occurring on the security cameras, prepares melon parties, egg bars, and waffle parties, and possibly also paintball and coffee cozies, he photographs his departments, handles Music/Dance Experience duties, takes calls from outies calling in sick, disciplines innies for code smuggling and other infractions, and potentially much much more. If you extend that to O&D as well as…the other departments, that's a lot. He was in the Break Room for more than a full day with Helly R., and those things don't happen on a schedule. He would have to be completely unavailable to all his other duties.

Speaking of Helly R., he attended her chip implantation procedure and escorted her down, as well as greeted her outie when she left work, He took a lot of photographs of special and mundane moments, and escorted Ms. Cobel out of the building when she was fired. Perhaps he was only so involved in Helly's induction because of who she is as an outie, but if he does that for everyone…how can he manage it all? While also maintaining his evident level of fitness?

If, for example, Milchick 1 is the Milchick in the outie world (walking Helly to her chip implant, cornering Dylan in his closet, handing Helena flowers), and then Milchick 2 lives full time in the security office, monitoring all the cameras and dispatching Milchick 3. This Milchick 2 could have been the mysterious person holding open the OTC switch for Milchick 1's conference with Dylan, and the one who mans the Break Room. Maybe Milchick 3 is the one whose desk resides outside Cobel's office doing routine crap like melon parties and extracting swallowed notes, and he dispatches the others. It would explain why breakroom Milchick is stern and unwilling to soften towards his charges, and why the MDE-running Milchick doesn't understand why Dylan bit him!

MDE Milchick was wearing a tight cashmere turtleneck and later he is wearing a short-sleeved white shirt like we see him in most of the time. Maybe Break Room Milchick is listening to podcasts on the headphones so he doesn't get tortured by repetitions of the The Compunction Statement, since he has the biofeedback printout to judge whether or not the innie being punished really means it.