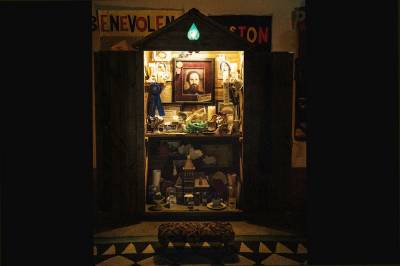 A shrine to Kier is a makeshift altar in Cobel's basement, dedicated to Kier Eagan and his teachings.

Many of the objects inside the shrine are also described elsewhere.

Among the Kier-related memorabilia are papier-mâché heads of The Four Tempers, similar in style to the masks worn by The Four Tempers (dancers) and the Kier head sculpture on the credenza in Cobel's office.

An intricate miniature model of Kier's home sits in the lower half of the shrine cabinet, along with framed accolades. A full-size replica of this home is preserved in the Perpetuity Wing. The fetishization of this building has not been explained fully. Cobel has two more images of this house on the wall by her bed and others tucked in this shrine.

An article snipped from The Kier Chronicle describes a new Lumon implant to aid in work/life balance. At the time of the article's run, the newspaper cost 20 cents less than it costs at the time the show takes place.

A hospital bracelet with the name Charlotte Cobel lays on a feeding tube, fueling speculation about Cobel's motivations to work at Lumon.

Two handmade dolls, one depicting Kier and one depicting Cobel, sit on Cobel's bed rather than in the shrine yet appear to be equally sacred. 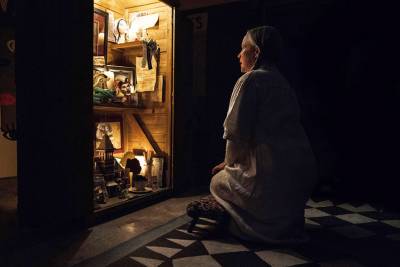 Cobel at her shrine 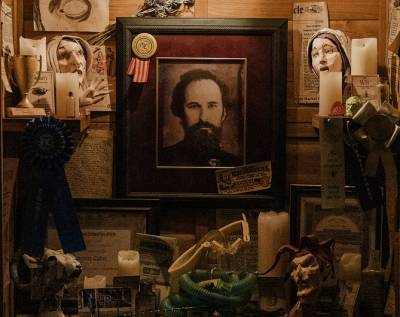 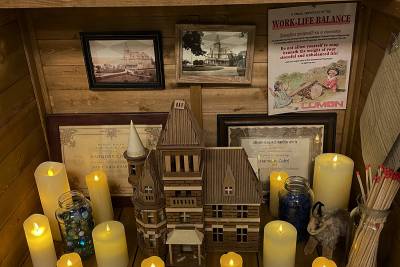 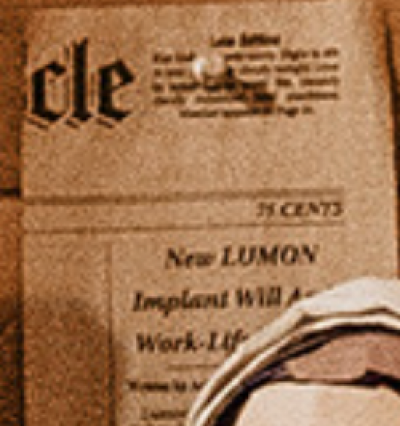 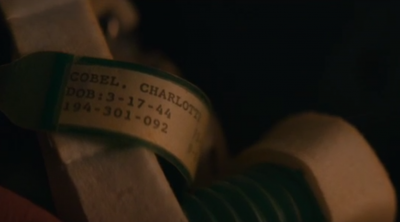 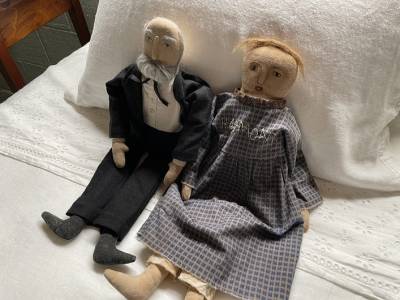