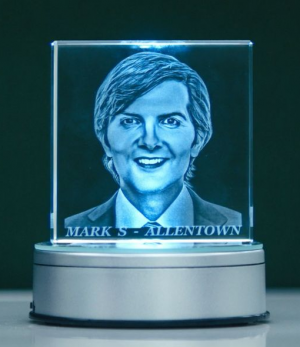 The laser-etched crystal that sits on Mark S.'s desk. 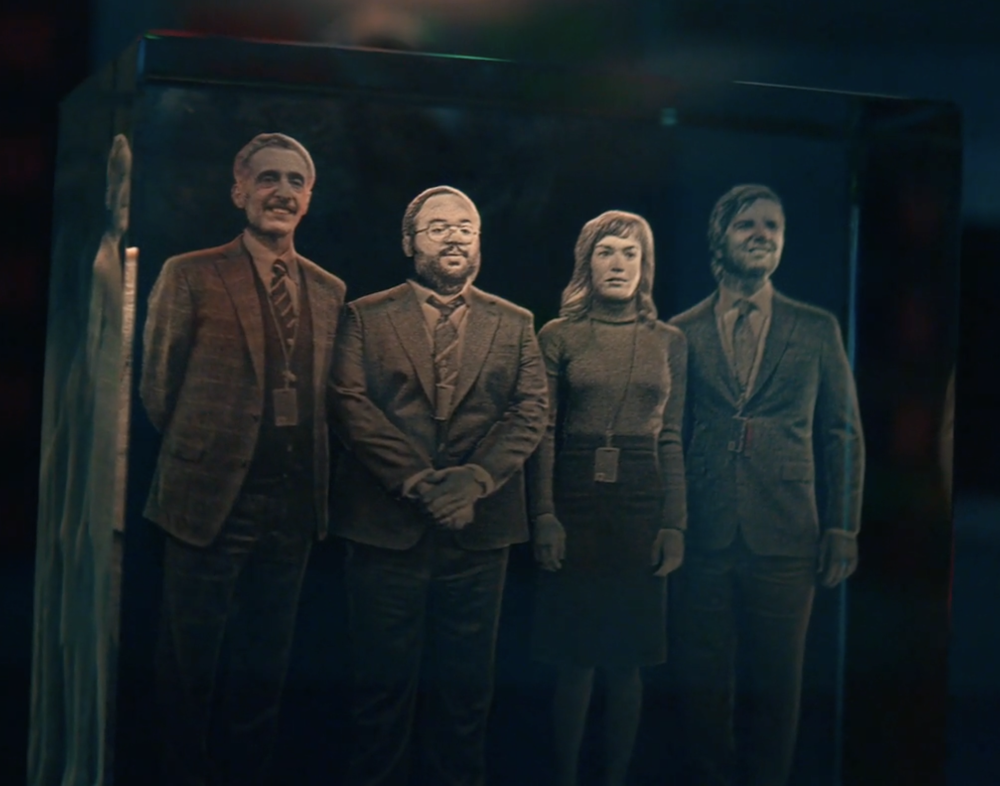 Laser-etched crystals are gifts given to Macrodata Refiners either as incentives or rewards.

Mark S. displays a laser-etched crystal on his desk depicting his head with the text “MARK S — ALLENTOWN” etched beneath it. It is mounted on a round plastic base with an embedded LED light, and will slowly rotate when turned on.

When asked about it, Dylan G. begrudgingly informs Helly R. that the crystal isn't a prize and that it's “just something they gave him,” as a reward for Mark's Mark's Freshman Fluke.

As a reward for being Refiner of the Quarter, Dylan G. is given a crystal block depicting himself and his fellow Refiners, modeled after the group photo that sits framed on their desks. Dylan was presumably allowed to choose what his crystal would depict, as the rest of the team were all unaware of what he chose when it was brought to him by Milchick.

Dylan brings his crystal along with him to the Security Office after he absconds from his Waffle Party. There, he sits it on the desk as he enacts the Overtime Contingency for his friends.