WKGU is a radio station broadcasting at 97.2 MHz. Little is known about the station except its call sign and frequency, but they play music and report on sports, entertainment, and the general news.

We see the station's logo on a sweatshirt Mark is seen wearing during during the show's first episode, Good News About Hell. 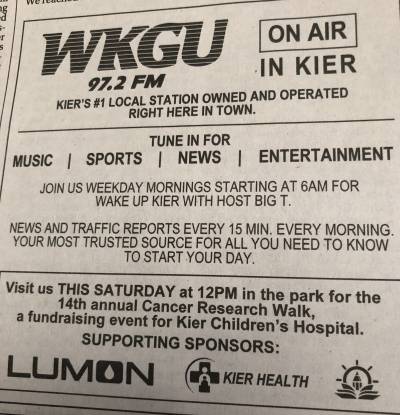 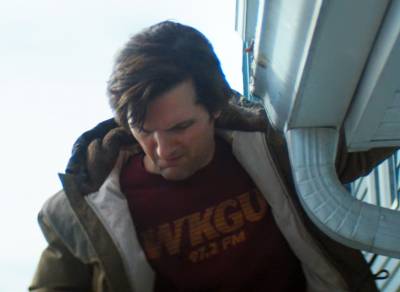 In the United States, generally, radio stations east of the Mississippi River are assigned call signs prefixed with the letter “W,” while call signs west of the Mississippi begin with the letter “K.” This suggests that WKGU is located in the eastern U.S., though there is no actual station with such a call sign. In addition, FM broadcast frequencies in the U.S. always end in odd-numbered decimals, indicating that 97.2 is a fictitious frequency, though some stations in other countries do broadcast on this frequency.

It is possible that the call sign WKGU stands for “Kier-Ganz University,” though the name of institution of higher learning where both Mark and his wife Gemma once taught is Ganz College. WKGU News is a fictional TV station in the Marvel Cinematic Universe.