Radar is Irving’s pet dog. He is obviously a Very Good Boy, though we don’t know nearly enough about him (breed, real name, trainer, studio affiliation).

In the episode Half Loop, during Irving's Wellness Session with Ms. Casey, she tells him, “Your Outie likes the sound of radar”. We find out later that this is the name of his outie's dog. 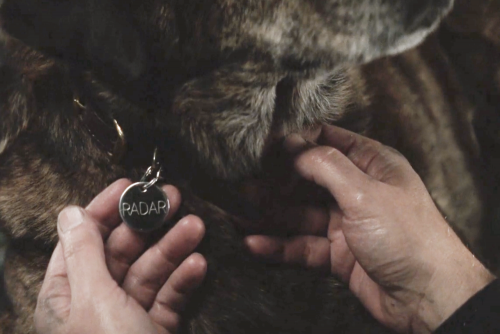 It’s believed that Radar’s name is a reference to Irving’s connection with the US Navy, or a M*A*S*H reference.

Based on my research so far, I believe Radar is a variant of Mountain Cur (3), possibly a Tennessee Treeing Brindle (4) but that's a newer sub-type of the breed, so maybe a little less likely. I think the TTB has the looks, though. The name could be a MASH reference #Severance pic.twitter.com/moTgvWgnXi