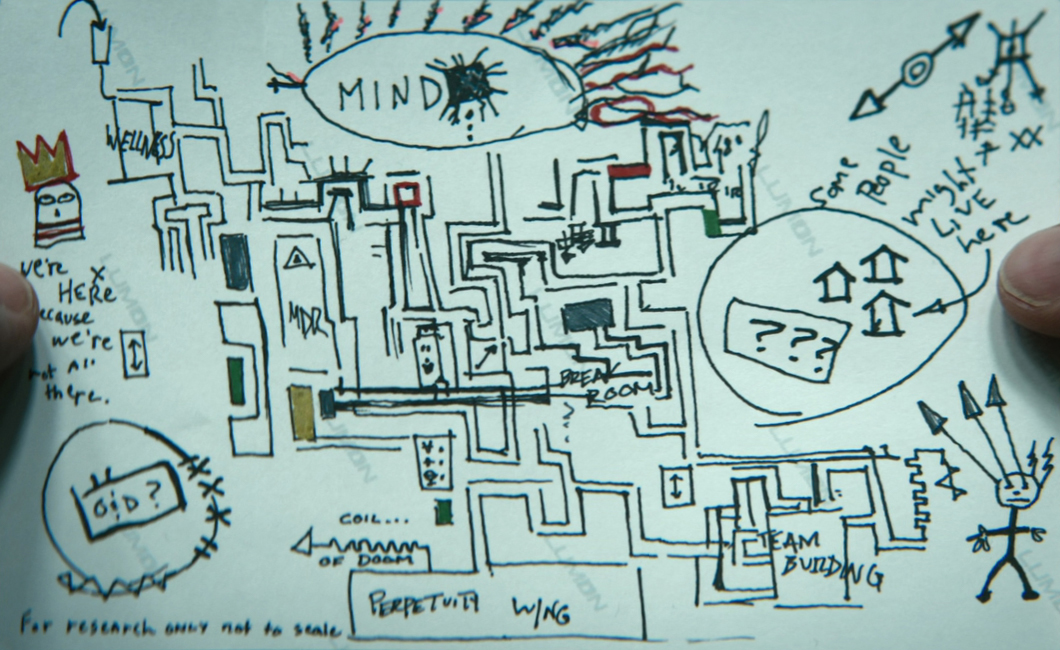 Petey’s map is a map of the Severed Floor made by Peter K., also known as Petey. After he left, Mark S. decided to remove the group photo of Petey, Dylan G., Irving B., and himself to replace them with the new group photo featuring Helly R. He found on the back of one of the photos a map, drawn by Petey, of the Severed Floor and various departments that he had found over time.

Mapping of any kind is forbidden on the Severed Floor because Kier Eagan has decreed, “Render not my creations in miniature.”

The actor who plays Petey, Yul Vazquez, is an artist and drew this map in the style of his real-life work.[1]

Warning: The GIF contains flashing images that may cause discomfort. Please be advised. 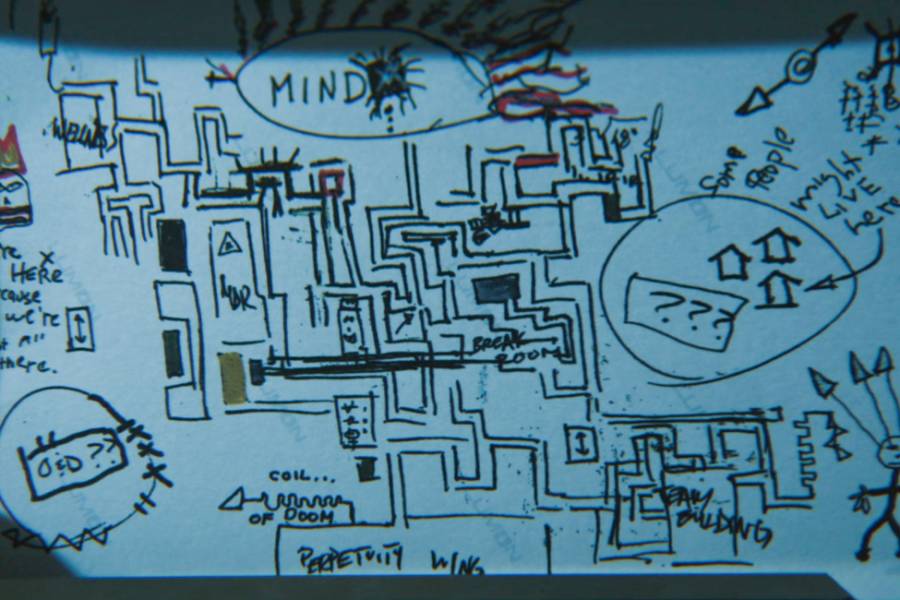 Mark finds the map for the first time 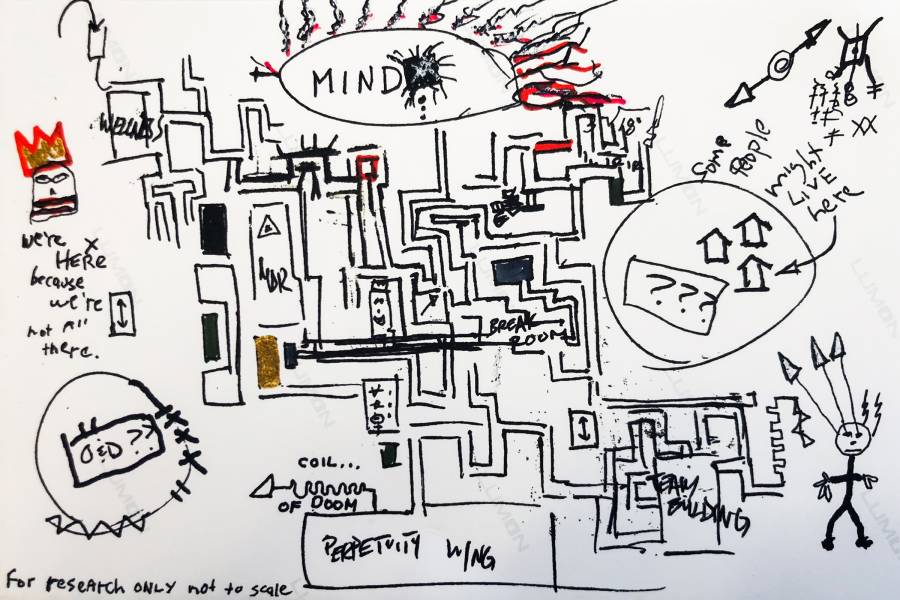